Just in time for peak leaf season! Roanoke County is excited to partner with Ride Source to launch the new McAfee Knob Trailhead Shuttle Service. Starting on September 2, 2022 transportation will be provided from the Interstate 81 Exit 140 Park and Ride. The shuttle will take hikers to the National Park Service’s McAfee Knob Trailhead parking lot along the Appalachian National Scenic Trail.

The shuttle service is available starting September 2, 2022, through November 27, 2022, on Fridays, Saturdays, and Sundays.

Shuttle hours will vary with Daylight Savings Time. The last shuttle will depart from the trailhead 15 minutes prior to service ending.

Tickets are available to purchase online at www.McAfeeShuttle.com.

(Roanoke, VA). The Catawba Mountain Fire Road has been reopened to hikers following major work to improve the road for both emergency vehicles and the hiking public. The gated Fire Road runs parallel to the Appalachian National Scenic Trail (A.T.) on National Park Service (NPS) lands northerly from the A.T. Trailhead Parking Area on VA-311, approximately 10 miles north of Salem, VA. It serves as emergency vehicle access for incidents in the McAfee Knob area, a popular panoramic viewpoint and hiking destination, as well as forming a loop hike opportunity with the A.T. The road has been closed to all public use since January 11 for this project.

END_OF_DOCUMENT_TOKEN_TO_BE_REPLACED

Update: Due to weather delays, work did not begin on January 17 as planned. Work began February 7, and will continue until March 4.

(Roanoke, VA). Roadwork to improve the Catawba Mountain Fire Road for emergency vehicle use will require the road to be temporarily closed to hikers and all public use beginning Monday, January 17 through February 11. During this road closure, hikers will continue to be able to use the Appalachian National Scenic Trail to access McAfee Knob and beyond. This roadwork is weather-dependent and is being performed during the winter season to minimize disruption to hikers.

END_OF_DOCUMENT_TOKEN_TO_BE_REPLACED 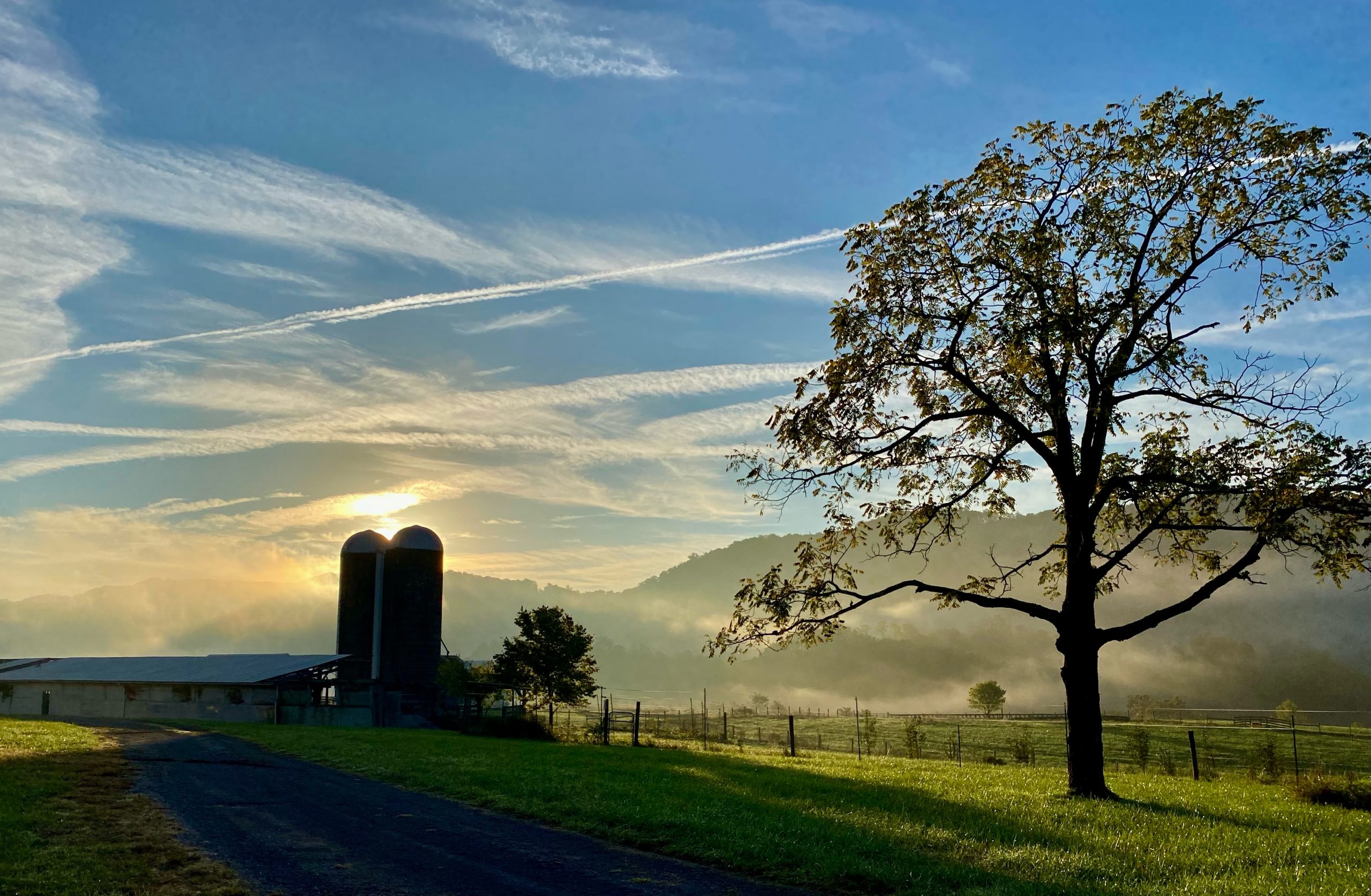 On September 30, 2021, officials from Roanoke County, the Virginia Tech Catawba Sustainability Center (CSC), the Roanoke Valley Greenway Commission and other organizations cut the ribbon to open the new Catawba Greenway. Hikers now have two additional parking locations for a McAfee Knob hike and a four-mile loop hike that connects two portions of the Catawba Greenway via the Appalachian Trail.  AT thru hikers can now resupply at the Catawba Post Office without walking down busy State Highway 311 as well. 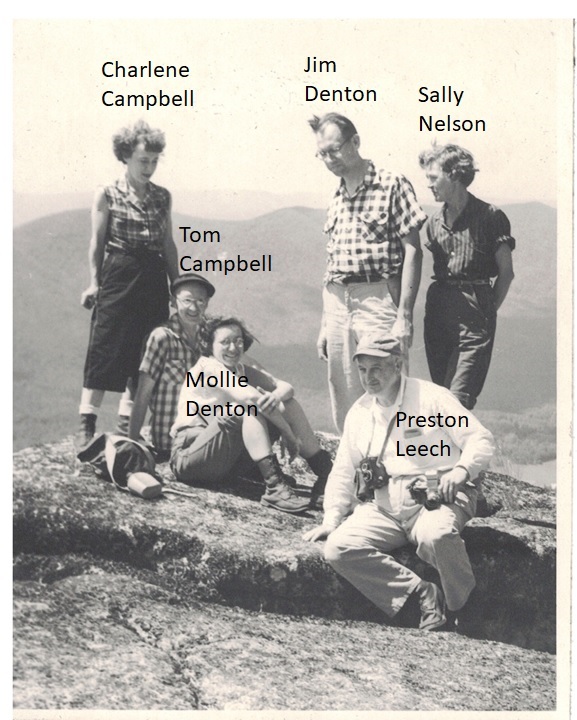 By RATC Webmaster Posted on February 15, 2021 Posted in Appalachian Trail Tagged with Closures

The power line tower structure has been repaired, but MANY trees remain down in the area. Work continues to remove and clear debris.

By Diana Christopulos Posted on October 24, 2020 Posted in RATC History

RATC has been around since 1932, and we are finally pulling together all the records. Acting as the RATC Archivist, I am working to digitize it and write about it. This is the first story.

How do you make a trail building club out of three hiking clubs? Let them build trail where they like to hike. In 1932, Roanoke College had an outings club. So did Hollins College. And hikers from Roanoke and Salem, mostly women, had their own hiking club called The Nomads. On November 13, 1932, members of all three groups went for a walk in Carvins Cove, followed by supper at the home of Donald Gates, an economics professor at Roanoke College. Then they founded the Roanoke Appalachian Trail Club. Their own favorite hiking spots like Tinker Cliffs, McAfee Knob, Carvins Cove, Poor Mountain and Bent Mountain Falls would shape an immediate relocation of the originally planned AT route.

Like other clubs south of Washington, DC, RATC was the brainchild of Myron Avery, the driven and meticulous implementer of Benton McKaye’s visionary Appalachian Trail. Avery became chairman of the Appalachian Trail Conservancy in 1931, when about 1,000 miles of the AT had already been completed. He was also president of the Potomac Appalachian Trail Club and, like Johnny Appleseed, was busy planting new clubs between Georgia and Maine.

The founders of the RATC were hikers. Under Avery’s guidance, some of them would also become expert trail builders. After encountering Avery at an ATC event in the Smoky Mountains, Prof. Gates began corresponding with Avery, and he called a meeting of interested parties at the Roanoke YMCA on October 24, 1932. Next came a two-day meeting with Avery and other PATC members at the Hotel Mons near the Peaks of Otter on October 29-30. It must have been an impressive show. After day hikes to Sharp Top and Flat Top, PATC members showed movies and slides on how to mark and build trail along with scenic views on the completed northern sections. The next day they demonstrated exactly how to construct a trail.

END_OF_DOCUMENT_TOKEN_TO_BE_REPLACED

Want to show your love of iconic McAfee Knob and support the Roanoke Appalachian Trail Club?

McAfee Knob shirts are available in various styles and sizes via this link –  http://www.bonfire.com/store/ratc

Proceeds support the mission of the Roanoke Appalachian Trail Club (RATC) to maintain 120 miles,16 Shelters/Privies and 53 Bridges on the AT from Lickskillet Hollow in Giles County to Black Horse Gap in Botetourt County. This includes Virginia’s Triple Crown, i.e., Dragon’s Tooth, McAfee Knob and Tinker Cliffs.

Beginning June 13. 2020 – The National Park Service reopened access to 27 miles of the Appalachian Trail known as the “Triple Crown”. The “Triple Crown” area includes the AT between VA Route 624 (Newport Road) and VA Route 652 (Mountain Pass Road), including McAfee Knob and Tinker Cliffs. All sections of RATC maintained AT are now open.

No trail maintenance has been performed on the trail since March 15, 2020.Be prepared for trail obstructions.

Shelters and privies in all sections section remain closed

Plan your Triple Crown hike during the week, if at all possible. Weekend days can be crowded.

Enjoy your hike and BE SAFE!