The mountains are calling and I must go. In every walk with nature one receives far more than he seeks. The clearest way into the Universe is through a forest wilderness.  John Muir

One man who answered the call of our mountains was Dr. Siegfried J. Kolmstetter, who joined the Roanoke Appalachian Trail Club in 1971 and passed away on February 13, 2019.

He and his wife Ursula maintained the McAfee Knob section of the AT for over 25 years.They came to the Roanoke Valley in 1970, where he worked at the Veterans Administration Hospital in Salem for 28 years. The VA hospital recognized Siegfried with its “Hands and Heart” award on February 14, 1992 for his compassionate attitude and unselfish service on the behalf of veterans.

On March 16, 1971 – the same year he joined RATC – Siegfried led his first hike to McAfee Knob, guiding a Brownie troop and their leader to the summit.

On March 1, 1978, problems with some local landowners forced the relocation of the AT away from McAfee Knob and on to North Mountain. This situation did not last long, and on January 24, 1982 Siegfried joined Charles Parry, Andy Layne, Mac McDaniel and Larry Wood in brushing out the first mile of the new trail back to McAfee Knob.

What would he think about the number of visitors now?

Many other hikes and work hikes followed, including a trip to the Great Smokey Mountains with fellow physician and RATC leader Dr. Bill Gordge, seen here posing with thru hikers in 1974.

Siegfried led his last work hike to McAfee Knob on April 29, 1996 when he was 75 years old, and he kept working on Konnarock crews into his 80s.

When they were not hiking or maintaining trail, Siegfried and Ursula often helped thru hikers making the 2,000+ mile hike, and some of them sent postcards when they reached Katahdin.

Leonard Adkins and his wife Laurie took over the McAfee Knob section when the Kolmstetters moved north to their daughter’s home in Leesburg, Virginia. Leonard, the noted author of many books about the Appalachian Trail, recalls that, “one of our fondest memories is wandering off trail all over Catawba Mountain with Siegfried and Ursula showing us places we would never have known of. One is ‘Siegfried Falls.’ It is a place that will probably now remain known only to a few.”

The National Park Service and the Appalachian Trail Conservancy recognized Siegfried’s contributions. As recounted by RATC President Dick Clark in the Fall 2001 Blazer: 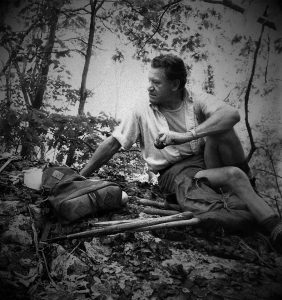 Siegfried Kolmstetter grew up in Germany and came to Roanoke in 1970. He became a member of RATC in 1971 and served on the Board as Vice President and Counselor. Over the years, Siegfried has put in many hours with the Konnarock Crew and has an impressive collection of T-shirts to show for his efforts. For well over 25 years, he and his wife, Ursula, maintained the section of trail over McAfee Knob – a mountain that Siegfried has climbed more times than he can remember.

In those days, the clubs and the NPS did not keep close track of the hours worked by volunteers. In 2005, though, NPS recognized Siegfried for giving over 1,000 hours to the AT, something he had no doubt done many times.

His children and grandchildren continue their parents’ love affair with the Appalachian Mountains, and they summed things up beautifully: 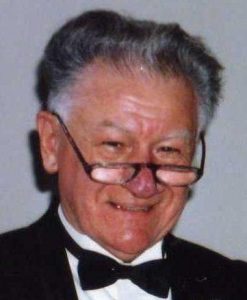 Donations in memorial to Dr. Siegfried Kolmstetter may be made on the RATC website
https://www.ratc.org/donations/ or by check noting the purpose sent to: