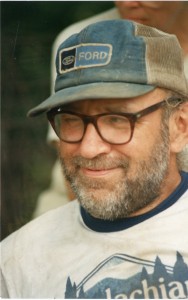 The award is named after Charles Parry, our long-time Trail Supervisor, who died in December 2010. He served as Trail supervisor from 1976 to 2010.  His 34 years in this position were truly extraordinary.  Charles largely shaped nearly all of the 120 miles of the Trail that our club maintains.  Over the years he laid out numerous relocations and saw each project through to completion.  On nearly every weekend he could be  found him out walking the trail doing maintenance work or planning future work hikes.  During his tenure he rarely missed a club work hike. On all of the work hikes he was always the hardest worker.    He really did lead by example.    Throughout his tenure with the club he inspired hundreds of people he came in contact with by his steadfast dedication to the trail.  His long term efforts to improve and maintain the Trail continue to serve as model to all of those members who knew him, as well as others in the Trail community. 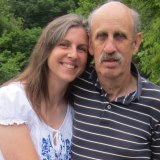 At our March 2, 2013 annual banquet we gave the first annual Charles Parry Memorial Volunteer of the Year Award.  This award went to Homer and Therese Witcher.  In addition to doing an outstanding job as our Shelter Supervisors, Homer and Therese maintain two sections of the trail.  They can be found on most weekends out working on the trail. 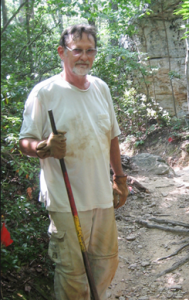 The 2014 Charles Parry Memorial Volunteer of the Year Award  was presented  to Bruce Davidson.  Bruce is the club’s Land Management Supervisor.  Since taking over this position in March 2013, Bruce has worked diligently to create a boundary monitoring program for the A.T. lands that the club is responsible for.  The club has not had this critical program for nearly 20 years.   Through Bruce’s efforts we now have a vigorous boundary monitoring program.  Several serious boundary encroachments have been found in the past year.  These would not have been located and dealt with without Bruce’s commendable initiative. 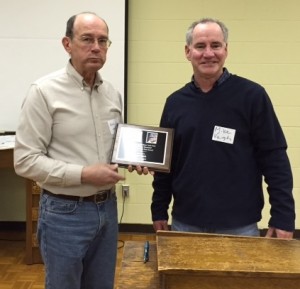 The Volunteer of the Year Award for 2015 went to Jim Webb. Jim relocated here a few years ago when he retired from New York State. Since then he has thrown himself into trail maintenance. He has put thousands of hours in on the Trail. He is usually out several days each week working on the Trail. He maintains the much traveled section of trail up to McAfee. Since January 2014 has led our weekday work hikes, which he helped start as Assistant Trail Supervisor. This group has accomplished a great deal of repairs on the trail over the past year.