A Visual Picnic: Leonard Adkins completes the photographic history of the Appalachian Trail 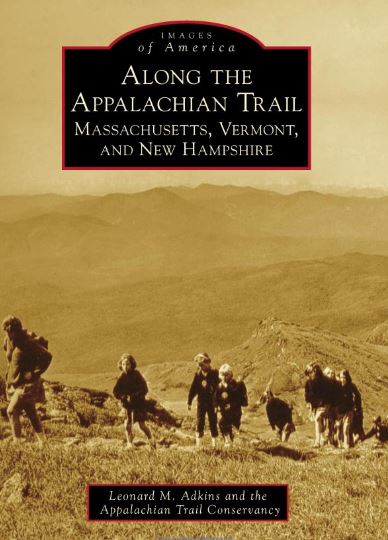 “Don’t know much about history,” a refrain in that old popular song, never registered with Leonard Adkins. His interest in history goes back decades, and he is anxious to introduce it to you.  Because Appalachian Trail hikers walk through history every day, Len wants to show them the history of this, history’s greatest volunteer project.

Len Adkins is a five-time thru-hiker (his email, “habitualhiker,” should give you a clue to his lifestyle), who has put together a five-volume history of the Appalachian Trail.  (A sixth volume, on Maine, was written independently by Dave Field.  So there are really six volumes that cover the entire trail.  The series is Along the Appalachian Trail, is published by Arcadia Publishing along with the cooperation of the Appalachian Trail Conservancy.)  His series is now complete with the newest book, on Massachusetts, Vermont, and New Hampshire.  If you don’t yet know the history of this remarkable trail, you can learn from Len.  He brings the trail to life through photographs, accompanied by captions that place each photo in its historical context.   The movie-star looks of Warner Hall, the penetrating stare of Eddie Stone, the group portrait of the “Four Foolish Females” from Georgia, or the New England “Three Musketeers,” bring the history to life.  Ever try climbing Blood Mountain from Neel Gap in a three-piece suit or an ankle-length coat?  Did you ever see an early backpack that looks like a peach basket?  Did you ever have the chance to meet legendary ATC staff member Jean Cashin in Harpers Ferry?  You can see long-forgotten scenes like the old Sinking Creek covered bridge, or Appalachian families in the 1930s staring out in wonder at those crazy hikers passing through.  Passing beside the Smithsonian rare animal research center (official title:  Smithsonian Conservation Biology Institute) in Northern Virginia, you see the admonition that “violators will be eaten.”  (The sign was stolen years ago.)

Some people appear in every book.  Benton MacKaye, Myron Avery, Ed Garvey are never absent, and you can learn about their role in the AT.  But you will become acquainted with many other figures who created the AT.  Do you know about Ned Anderson, Raymond Torrey, James Taylor Joe Dodge, Roy Buchanan, Paul Fink, Earl Shaffer, Dave Startzell, Pam Underhill?   Senator Gaylord Nelson? Were you there for the first Damascus Trail Days parade in 1987?  Did you ever see the canoe, rowed by often-inebriated boatmen, that served for years as the only way for AT hikers to cross the Shenandoah River?  Do you know where Mount Oglethorpe is, and what role it played in Trail history?  (And did you ever see the tower atop the mountain?)

The series began with the publication on Virginia in 2011, but was at least ten years in the thinking and planning.  It required a huge amount of research, with lots of travel up and down the East Coast to visit trail-maintaining clubs, review archives, and copy many, many photographs for the book.  This is the most significant photographic collection of Appalachian Trail history ever published.

Dave Field’s volume follows a similar format, with photographs and captions that explain how the trail in Maine evolved. Avery, who came from Maine, originally, organized the trail through the state in the 1930s, and his face seems to pop up on every other page. Avery, Frank Schairer, Al Jackman and Schailer Philbrick are seen in a canoe being ferried across Rainbow Lake on their historical 1933 scouting hike from Mount Katahdin to Blanchard.  But New Yorker Walter Greene, decked out in his trademark “tumpline backpack,” was first to scout the trail route, and is seen staring intently at the cameraman.  Working through a rough chronological format, Field includes a final chapter on rerouting the trail, and he himself led this 142-mile reroute.  (Those who know Dave Field are not surprised.) 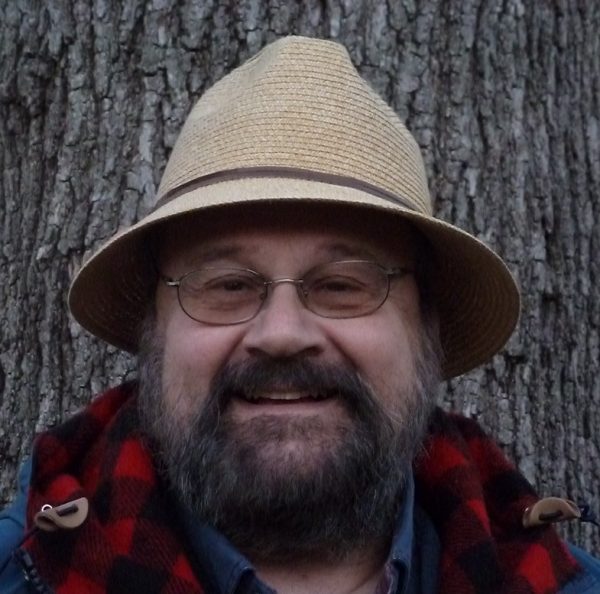 Here is Len, the remarkable author of these remarkable books.  Len is originally from West Virginia, but lived for many years in Roanoke and maintained the trail to McAfee Knob.  He now lives near Richmond, Virginia.  Look for him on the Trail.

A portion of the proceeds from each book is donated to ATC, but Len will make an additional donation for books that are ordered through his website, www.habitualhiker.com.

Along the Appalachian Trail: Georgia, North Carolina and Tennessee (by Leonard Adkins)

Along the Appalachian Trail: West Virginia, Maryland and Pennsylvania (by Leonard Adkins)

Along the Appalachian Trail: Images of New Jersey, New York and Connecticut (by Leonard Adkins)

Along the Appalachian Trail: Massachusetts, Vermont, and New Hampshire (by Leonard Adkins)