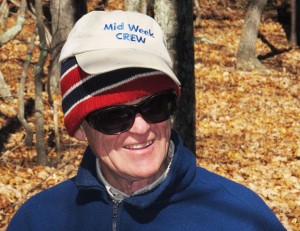 Our RATC family was deeply saddened by the loss of Mervin Brower on February 20, 2016.

Merv came to Salem, Virginia in 1991 as a General Electric engineer. His 40+ year career  with GE Canada, General Electric and TMEIC was studded with accomplishments: he received several patents in the steel industry, presented technical papers to the IEEE, taught and developed courses for steel and aluminum process industries, was an author of several technical papers, was a recipient of several management awards for individual creativity and achievement, was a lifetime senior member of IEEE, and travelled throughout North America and around the world serving customers.

One of the other Canadians who came to GE in Salem married a woman from this area, and she introduced her friend, Blanche Hale, to Merv. Blanche became his loving and devoted wife as well as his best friend.

The rest of us knew him as a steady, friendly, long-time leader and worker on the Appalachian Trail and on the Mid-week Crew that builds trails all over the region. Merv joined RATC in the year of his arrival (1991).  During his 25 years as an RATC member, Mervin served in many roles including President, New Members Coordinator, Counselor and Regional Partnership Committee Representative . He and Blanche frequently led hikes together, and they also maintained a stretch of the AT. 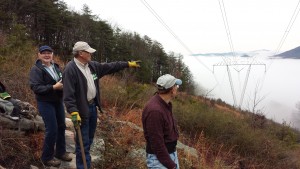 Bill Gordge, longtime leader of the Midweek Crew, summed up the thoughts of many in the RATC community:

The Mid-week Crew has lost one of its staunchest members. For almost ten years Mervin Brower rarely missed a work day, leaving his mark as we created at least 23 new trails across the Valley and the five adjoining counties. A quiet, gentle man, with a hint of steel. He was a friend to us all.  Always good to stop and lean on your pulaski and chat with Merv. He epitomized the spirit and camaraderie that characterizes the MWC. It will be hard to accept that he has really gone and that this is goodbye. To his dear wife Blanche, we offer our heart-felt sympathy.